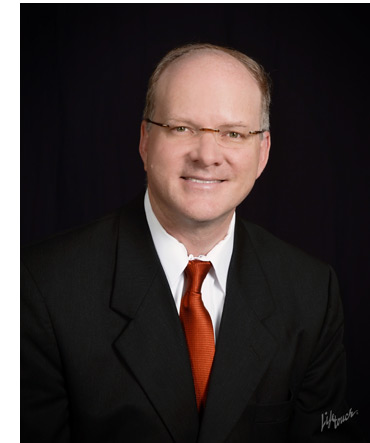 E. Scott Parma, M.D. is a Board Certified Ophthalmologist specializing in vitreoretinal medicine and surgery. He has been in private practice in Montgomery since 2004.

Dr. Parma earned his undergraduate degree from Auburn University in Computer Engineering in 1986 and his Masters Degree in Business Administration from the University of Alabama at Birmingham in 1993. He spent eight years designing space computer hardware in private industry. He designed an integral piece of computer hardware for a geosynchronous satellite system that was deployed in 1994 to detect the launch of intercontinental ballistic missiles from space. He later used this technology to design an on-board missile video processing system for the United States Navy that simulated certain characteristics of the human retina.

Dr. Parma then changed course and matriculated into Medical School at the University of Alabama in 1994. He was selected into residency in Ophthalmology at Tulane University in 1999 and served as Chief Resident 2001-2002. He completed his vitreoretinal surgery fellowship at the University of Alabama at Birmingham from 2002-2004. He has extensive training and experience in all areas of medical and surgical vitreoretinal disease.

Dr. Parma has published several articles in many areas of ophthalmic disease. After six years of studying human DNA and childhood retinal detachments, he published a defining genetic article entitled “Predominantly Ocular Stickler Syndrome” in the American Journal of Ophthalmology in November 2002.

Dr. Parma enjoys private practice and remains busy with his wife and their two children. He serves on the Board of Directors of the Alabama Academy of Ophthalmology, the Board of Trustees of Trinity Presbyterian School, and plays the trumpet in numerous community and civic organizations.